39 jobs created thanks to deposit proceeds of 2.5 million euros 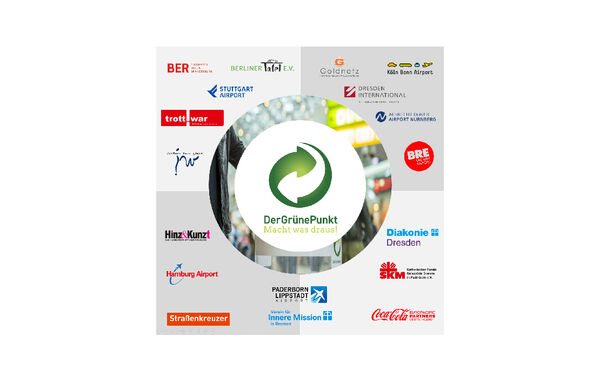 Cologne, 9 September 2022. The “Donate Your Deposit” campaign at eight German airports has collected ten million non-returnable bottles, donating 2.5 million euros in deposits to charitable causes. “‘Donate Your Deposit’ is a win-win in two respects. People who no longer have access to the primary labor market are given a perspective and at the same time the environment is protected,” says Jörg Deppmeyer, Managing Director of Der Grüne Punkt, about the campaign, which will celebrate its tenth anniversary next year and combines environmental protection and resource conservation with social commitment in an exemplary manner. “Der Grüne Punkt has been very happy to contribute its expertise as an accomplished deposit service provider to this project right from the start and would like to thank everyone involved in ‘Donate Your Deposit’.”

The “Spende Dein Pfand” (“Donate Your Deposit”) campaign, thought up by “Enactus” students at the University of Hohenheim, started in 2013 at Stuttgart Airport. The idea behind it: Collecting deposited disposable beverage bottles that are not allowed to be taken on board at airport security checkpoints via specially marked, transparent collection containers and using the deposit money collected to create jobs for socially disadvantaged people. The money collected has so far made possible 39 jobs with access to social security.

The jobs are provided and supervised by non-profit organizations. Mostly former long-term unemployed people work as “deposit officers”, emptying, cleaning and maintaining the containers. They also sort the bottles into disposable and reusable and pack them in special bags. Der Grüne Punkt then takes care of everything else. It takes over the collected and sorted bottles, takes care of all the logistics and returns the collected deposit money directly to the respective project.

About the Der Grüne Punkt Group:
The companies of Der Grüne Punkt are service providers for extended producer responsibility, leading suppliers of secondary raw materials for plastics, and premium producers of plastic recyclates, and as such positioned as the premier solution providers for the needs of the circular economy. Der Grüne Punkt – Duales System Deutschland GmbH (DSD), with the Green Dot as its trademark, was among the companies to introduce and establish the dual system in Germany, and stands for intelligent take-back systems, plus the development and marketing of innovative recyclates and services. Systec Plastics, at its facilities in Eisfeld and Hörstel, produces premium-quality recyclates under the Systalen brand name for the international market. The companies are grouped together in DSD – Duales System Holding GmbH & Co. KG.