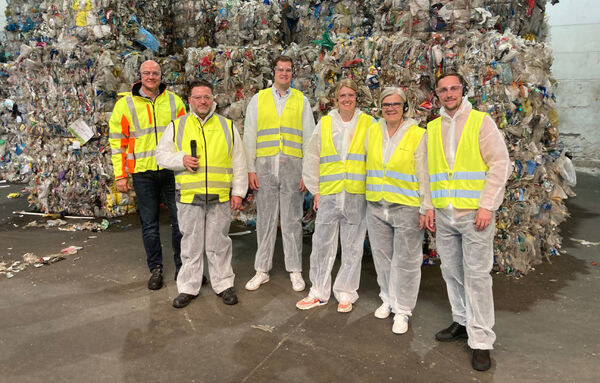 How does film that has become waste become film again? Members of the Flexible Packaging Initiative found out during a visit to Systec Plastics Eisfeld GmbH in Thuringia. The subsidiary of Grüner Punkt recycles film waste from the yellow bag or yellow bin in Germany. The products – regranulates of low density polyethylene (LDPE) – are reused in new films, among other things.

The initiative, which includes five major FMCG companies, aims to promote the circular economy for flexible packaging. In Eisfeld, visitors were able to see what is possible today with film waste from household collection. Some of the initiative's member companies are already reusing these regranulates for films in their own production.

From film back into film
Sustainable pilot project for shrink films