In this time period, the total quantity of waste fell by about one-tenth, and is currently running at around 32 million tons, of which approximately 2.5 million tons can be categorized as lightweight packaging. 70 per cent of residual waste, the quantity of which has fallen by 57 per cent over the past 25 years, is nowadays disposed of in refuse incineration plants. 30 per cent are disposed of in facilities for mechanical and mechanical-biological treatment. In 1990, 70 per cent of the total waste quantity was still being landfilled without any pretreatment.

By contrast, the quantities of recyclables that are collected separately and recovered, namely paper, board and cartons, glass and lightweight packaging, have shown a significant, 3.5-fold increase. However, more packaging are also being consumed: in all, the quantity of packaging grew by 6.2 per cent between 1990 and 2014. The reasons involved here include the rising number of single households, urbanization trends, and the growing prevalence of internet trading. 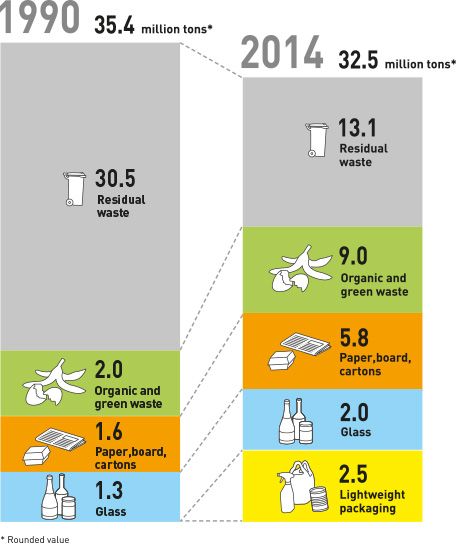 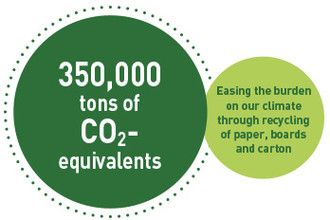 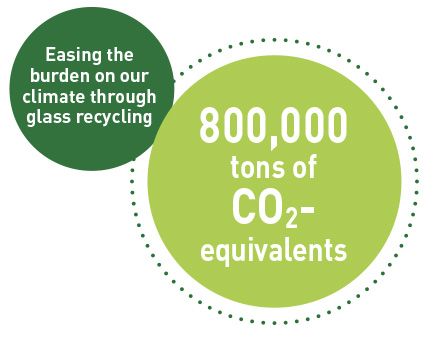 The recycling of lightweight packaging has by far the best climate footprint of all fractions, and thus makes an overproportional contribution towards climate protection. Although the quantity of residual waste is five times greater than the quantity of lightweight packaging, recycling the latter contributes 19 times more towards reducing climatic impact than the disposal of residual waste. Since residual waste is predominantly incinerated, it emerges quite definitely that material recycling is eco-friendlier than energy recovery. So it is unsurprising that in total more than half of the contribution towards climate protection made by waste recovery is attributable to the dual system. The dual system thus also makes a crucial contribution towards ensuring that Germany can meet its climatic targets. After all, the proportion of German municipal waste management involved in the reduction planned for greenhouse gas emissions in Germany, totaling 40 per cent between 1990 and 2020, lies at a not inconsiderable ten per cent.

Depending on how the waste concerned is treated, additional greenhouse gas is produced (increased impact) or it is avoided (reduced impact).

In 1990, the waste management sector was adversely impacting the climate primarily by landfilling untreated waste. In 2014, by contrast, impact reduction was preponderant, since almost no waste was being landfilled, but a large proportion was being mechanically recycled or recovered for energy.

Soil acidification is reduced, the impact attributable to phosphate equivalents, known as terrestrial eutrophication, is substantially reduced, and, in addition, there are savings in terms of fossil fuels such as coal and oil. Recycling is here superior to processes for energy recovery when measured against the totality of all the environmental aspects involved.

With the dual system for collecting and recovering sales packaging, Germany has put in place a system that has tapped into major potential for enhancing climate protection and reducing environmental impact, and is a front-runner on an international scale. The dual system has made a crucial contribution towards this. The comprehensive lifecycle assessment of the dual system drawn up by the Öko-Institut makes it clear that the system now in place has proved its worth.